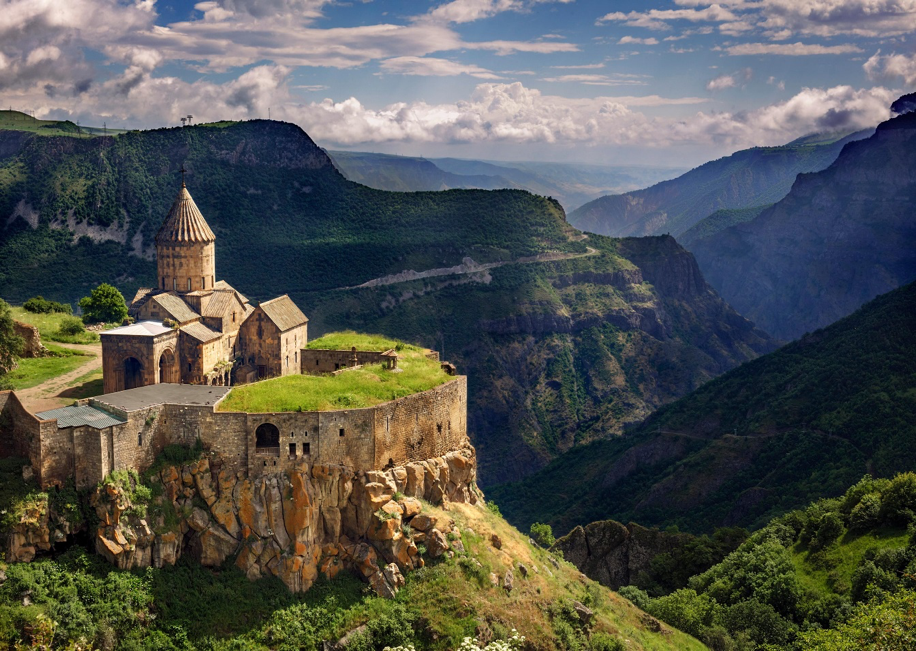 Armenia is an extraordinary country and I am not only saying this because I am Armenian.

Armenia is a country located in the Caucasus region bordered by Turkey to the West, Georgia to the North, Azerbaijan to the East, and Iran to the South. It has been described as an “open-air museum of Christianity”, as it is the first nation in the world to adopt Christianity as its state religion in 301 AD. It is surrounded by the Biblical mountain of Ararat where it is said that Noah landed after the huge Genesis flood.

Where else can you find looming mountains and dramatic landscapes, embellished by thousands of medieval churches, warmhearted and hospitable people, who are ready to give you a home and a taste of their culture through their food: a crossroad of old and modern, European and Asian cuisine. 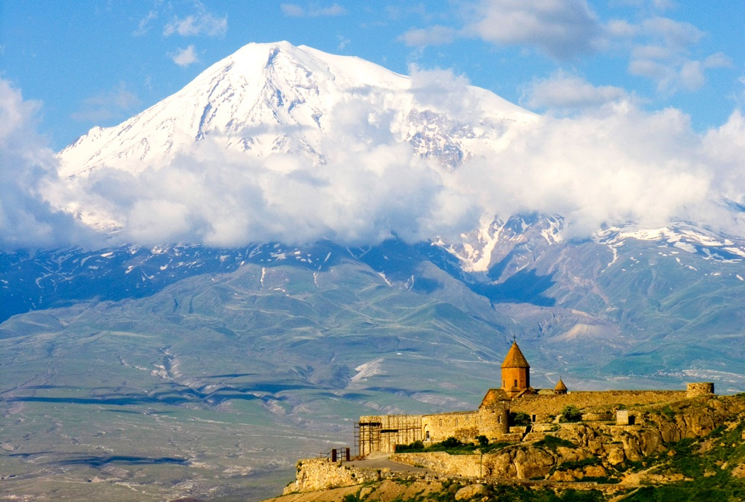 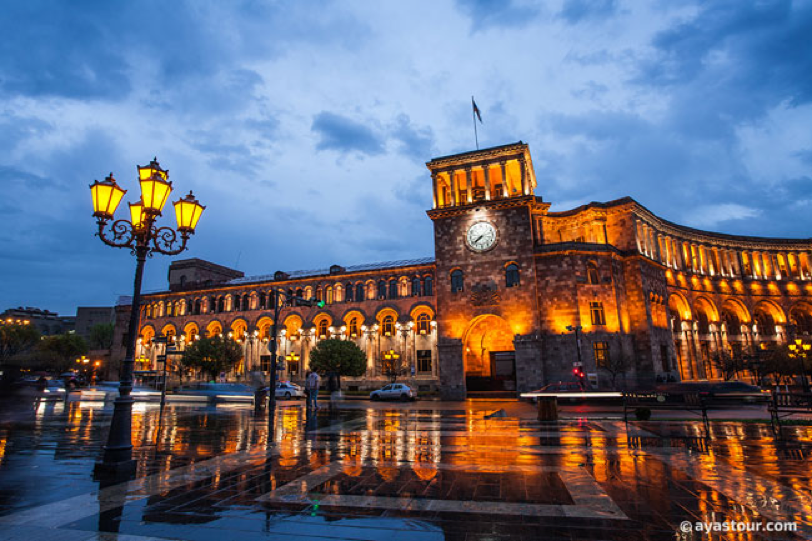 It is referred to as the “Homeland for many people but home for only a few” and here is why.

In 1915, the Ottoman government orchestrated the systematic extermination of 1.5 million Armenians, an act known as the Armenian Genocide. The events of 1915 forced millions of Armenians to flee abroad, where they established strong communities in the US, Russia, France, Syria, Lebanon, Canada and many more countries. Now, there are 11 million people of Armenian descent living abroad, which is much greater than the population of Armenia (3 million). It is also one of the only mono-ethnic countries in the world.

The Armenian history is filled with violence, domination by empires, genocides, wars, and independence. The civilization of this tiny nation had its beginnings nearly 5,000 years ago. The world’s earliest known shoe (3,500 BC) and stone tools from 325,000 years ago have been found in Armenia, which indicates the presence of early humans at this time. Similarly, not everybody knows that it is the home to the world’s oldest winery. 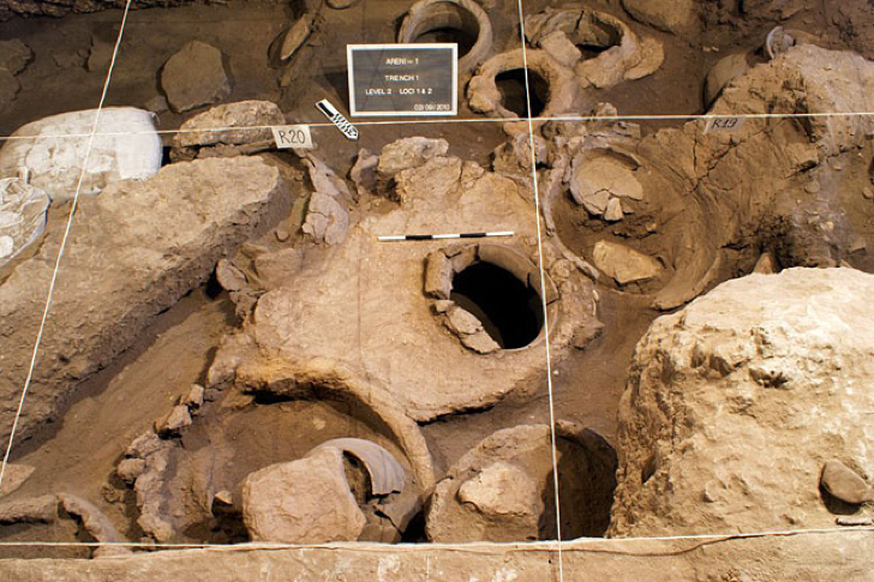 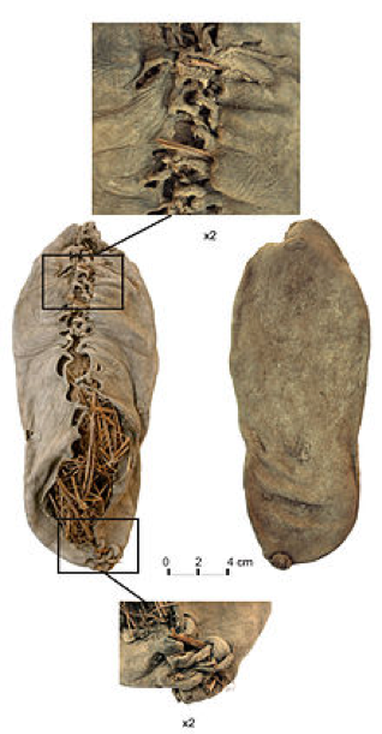 One of the important things to mention about Armenia is its political relation with neighboring Azerbaijan; the two countries are technically still at war. Military service is mandatory and every male who is 18 years old has to go to the army to protect the country. Armenian national dances have different themes. According to tradition, there were special dances for wars, harvest, lamentations, celebration, and hunting. Circle dance is more typical to national dance style. One of my favorite days in Armenia is the day when lots of people go out and dance traditional dances on streets. It is just beautiful… 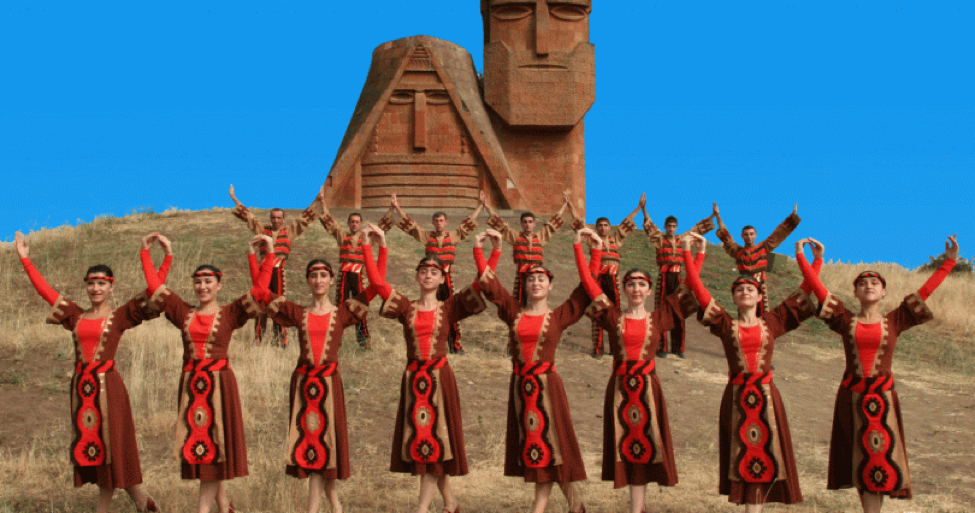 There are 9 cultural sites on the territory of Armenia under the protection of UNESCO. It has a record-breaking cable according to Guinness World Records, the longest non-stop double track cable car is the Tatev Aerial Tramway, which clocks in at 5,752 m (18,871ft) long. 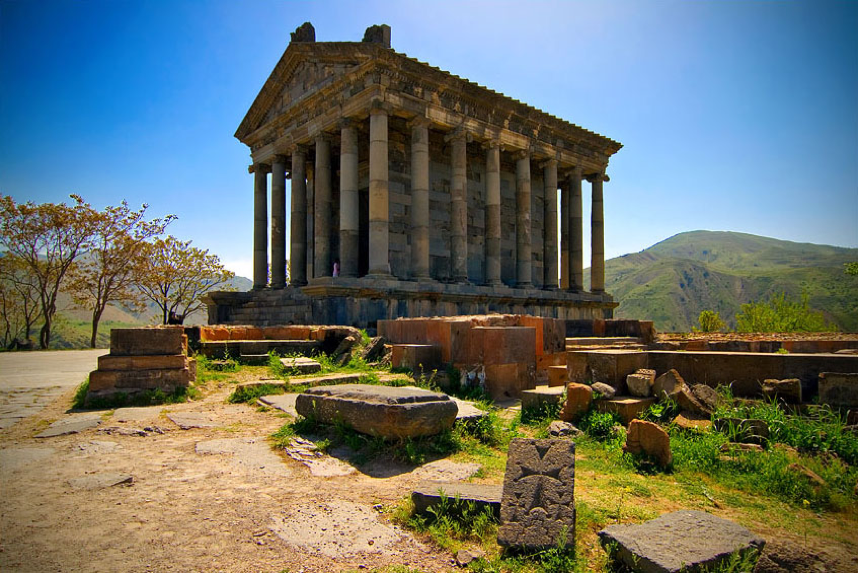 Armenia, a historical archaeological site with different stones is very similar yet older than English Stonehenge. I have visited the site this summer. The view is magical. 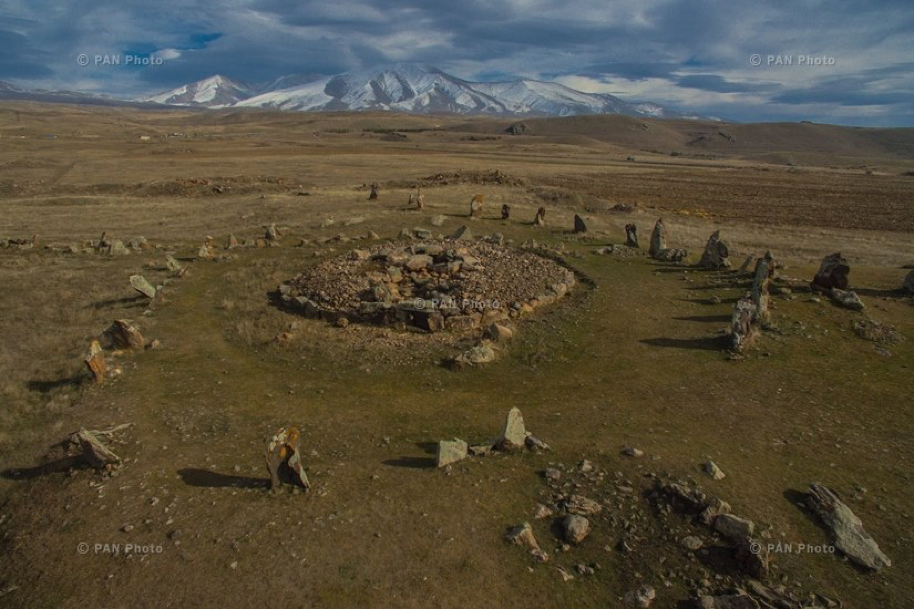 Lavash, a tasty flatbread that is the cornerstone of Armenian cuisine is placed on UNESCO’s list of Intangible Cultural Heritage. It is possible to find Lavash in many stores of Montreal, even though it does not taste the same. There is a special dish which people usually eat at 6 AM high up in mountains with lavash, garlic and vodka. 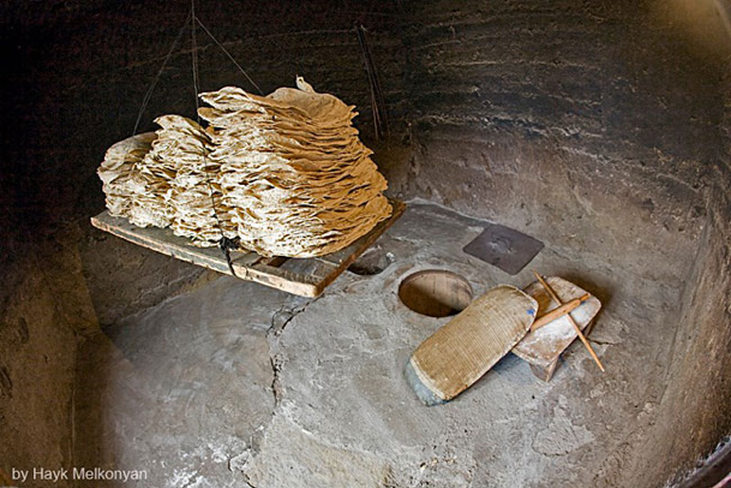 Apricot is the national symbol of Armenian. Roman and Greek historians evidence that apricots were originally grown and cultivated in Armenia.

Armenian national instrument “Duduk” is proclaimed as a masterpiece by UNESCO. It is a unique instrument, an ancient double-reed woodwind flute made of apricot wood. 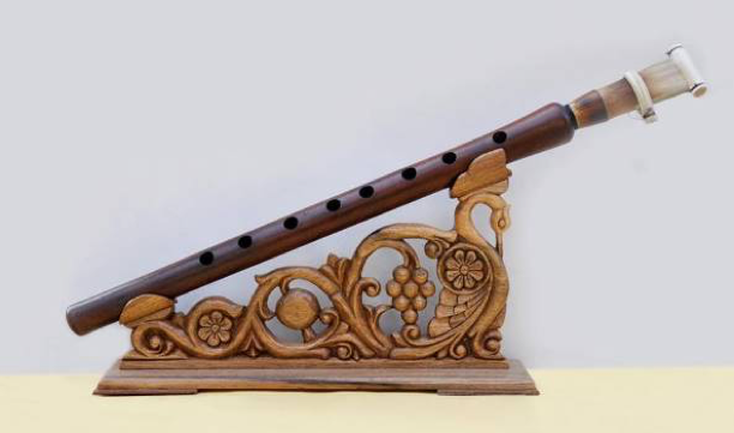 There are many festivals in Armenia, yet my favorite is “Vardavar” water fest; one of the most joyful and noteworthy holidays. The tradition of the day is spilling water on each other. It might sound a bit unstainable, however the pagan roots of the festival are symbolizing beauty, love, and fertility. On this day, it’s common to see people of different ages wearing wet clothes and running crazily around the city with water bottles. Trust me, it is so much fun! 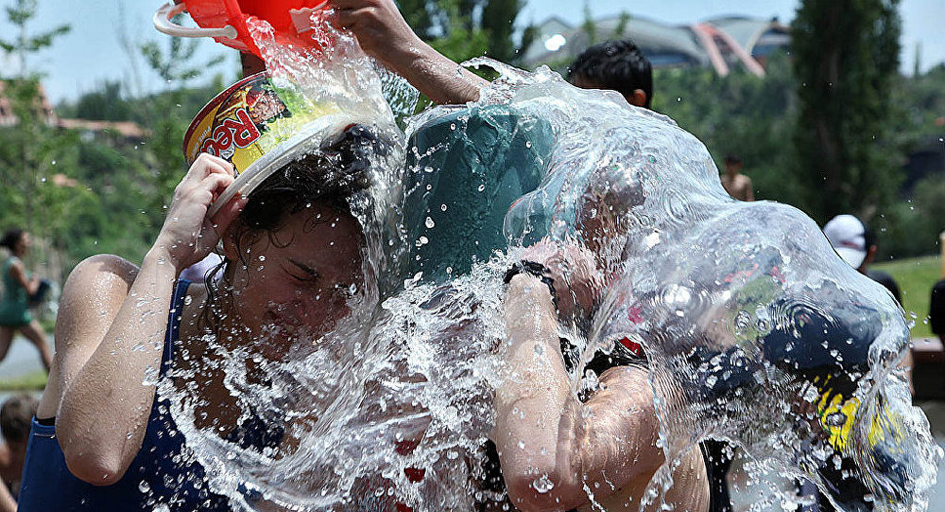 Recent surveys in the USA has shown that Armenian girls are named the sexiest in the world. Many people think that it may also be due to the influence of the reality stars, the Kardashian sisters. 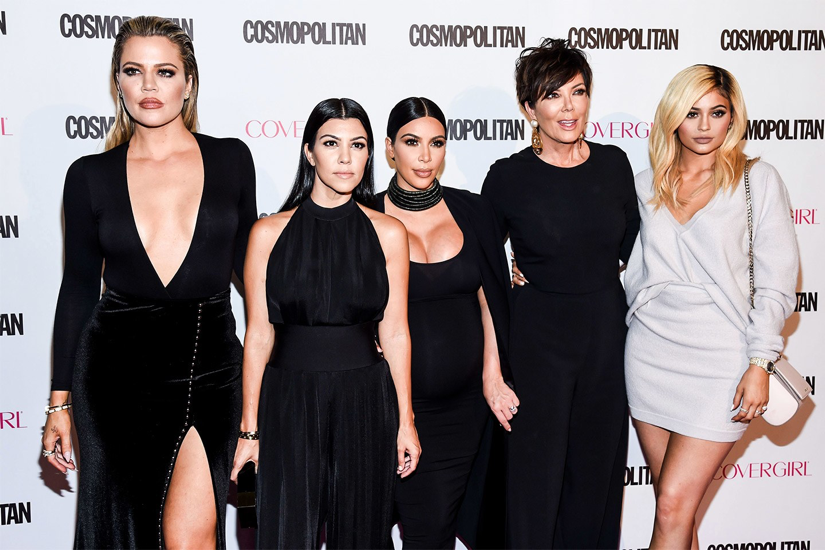 If you are curious about the life on the other side of the world and willing to see or discover more, you should definitely visit Armenia and experience its beauty yourself.